What is the basic work and application of Glass Suction Cups?

Glass Suction Cups are devices shaped like a half sphere for sticking to surfaces that have no holes or holes (no holes). The suction cup is so named because of its ability to perform the process of suction. Often referred to simply as a suction cup, the device uses the negative fluid pressure of water or air to adhere to non-porous surfaces. Also, a rather interesting aspect is that there are some animals, like squid and octopus, that use the same sucking principle.
When the central part of the cup is pressed against any surface without pores, the volume of that space (between the plane and the suction cup) is greatly reduced in context. This causes the liquid to drain through the rim of the cup. Now, when the user stops applying any further pressure, the cup tends to return to its original shape.
The cup is made of an elastic substance that helps restore its original shape. Since the entire fluid has been squeezed out, the cavity is now devoid of pressure. This creates an odd situation, a low pressure cavity inside the cup and a higher pressure outside the cup, and this pressure difference causes the cup to stick to the non-porous surface in question.
The suction effect depends on the following aspects:
The time it takes for the fluid to enter the cavity (between the cup and the surface)
surface porosity
Surface roughness
well-designed aspects
Suction cup status (whether the suction cup is free of dirt, foreign matter, etc.)
Materials used to make suction cups include various forms of rubber as well as some forms of plastic.
application
In most cases, suction cups are not used as a single device, but as an add-on on other devices. These are used domestically to fix or hang small objects such as signs, posters, calendars, etc. on large, non-porous objects such as refrigerators, mats, and even floors. In larger commercial applications, "fittings" (often temporary) to car windshields often use suction cups. 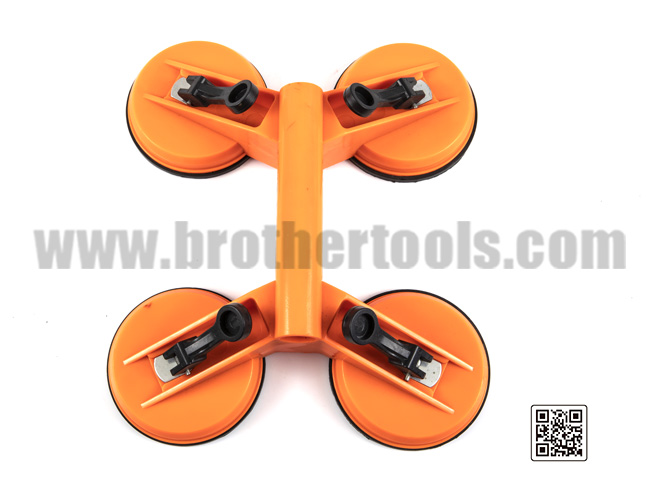