What are the characteristics of glass suction cups?

As an older material, glass can be used not only in the fields of architecture and art, but also in medical treatment and instrumentation. Different types of glass have different characteristics and must be paid attention to when using them. However, most people don't know enough about glass, which often causes some misunderstandings and troubles. In this article, we will analyze the working principle of the glass suction cup and introduce its characteristics.

The vacuum suction cup is one of the vacuum equipment actuators. The suction cup material is made of nitrile rubber and has a large tearing force. Therefore, it is widely used in various vacuum holding equipment, such as in the construction, paper industry, printing, glass and other industries. , Realize the task of holding and transporting thin and light objects such as glass and paper.

Vacuum chuck is also called vacuum spreader and vacuum nozzle. Generally speaking, it is a cheaper method to use vacuum chuck to grab products. There are various types of vacuum suction cups. Rubber suction cups can be operated at high temperatures. Silicone rubber suction cups are very suitable for gripping products with rough surfaces. Suction cups made of polyurethane are very durable. In addition, in actual production, if the suction cup is required to have oil resistance, you can consider using materials such as polyurethane, nitrile rubber or vinyl-containing polymers to make the suction cup. Generally, in order to avoid scratches on the surface of the product, it is recommended to choose a suction cup with a bellows made of nitrile rubber or silicone rubber.

Because it is generally made of rubber, it is in direct contact with objects and is severely worn, so it wears quickly. It is a pneumatic wearing part. Because of this, it is so prominently highlighted from the numerous pneumatic components.

No matter what material the sucked object is made of, it can be used as long as it can be sealed and does not leak air. Electromagnetic chuck can't work. It can only be used on steel. Plates or objects of other materials cannot be sucked.

The vacuum chuck is particularly environmentally friendly and will not pollute the environment, and there is no light, heat, electromagnetic, etc. generated.

4. No damage to the workpiece

Because the vacuum chuck is made of rubber material, sucking or putting down the workpiece will not cause any damage to the workpiece. However, hook-type spreaders and steel cable-type spreaders cannot work. In some industries, the requirements for the surface of the workpiece are particularly strict, and they can only use vacuum suction cups.

Glass is an amorphous inorganic non-metallic material. It is generally made of a variety of inorganic minerals (such as quartz sand, borax, boric acid, barite, barium carbonate, limestone, feldspar, soda ash, etc.) as the main raw material, and a small amount of auxiliary raw materials are added. of. Its main components are silicon dioxide and other oxides. The chemical composition of ordinary glass is Na2SiO3, CaSiO3, SiO2 or Na2O·CaO·6SiO2, etc. The main component is silicate double salt, which is an amorphous solid with irregular structure. It is widely used in buildings to separate wind and transmit light. It is a mixture. There are also colored glass that is mixed with certain metal oxides or salts to show color, and tempered glass made by physical or chemical methods. Sometimes some transparent plastics (such as polymethyl methacrylate) are also called plexiglass.

The adsorption organs of animals are generally round and disc-shaped with a hollow in the middle. The suction cup has the functions of adsorption, ingestion and exercise. There are suction cups around the front mouth and the back end of the locust. According to the characteristics of animals, the vacuum sucker, also known as the vacuum spreader, is invented, which is one of the actuators of vacuum equipment. The suction cup material is made of nitrile rubber, which has a large tearing force, so it is widely used in various vacuum holding equipment 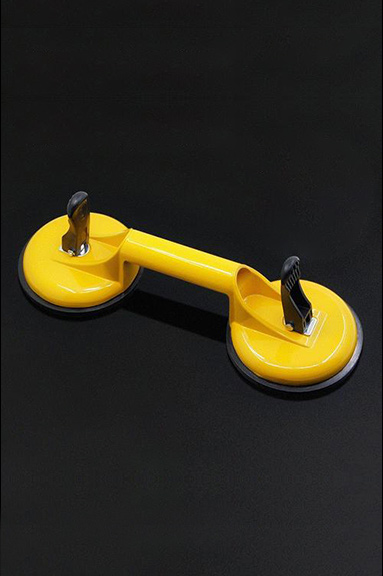 Zhejiang Xinchang Brother Tools Co.,Ltd, which is found in 1980, covers 1200 square meters. It is from Xinchang city,the neighbor with Ningbo port. As a well-known China Glass Suction Cups Manufacturers and custom Glass Suction Cups factory, from the begin ,we just produced steel files, but in the past 30 years, we have developed a lot of other hand tools, including Wood chisel, Screwdrivers, Tool kits, Hex keys, Suction cups, Hand saws are all covered.All of the wholesale Glass Suction Cups are exported to over sea, like Germany, USA, France......and etc. From 2002, we registered our own brand SAKATA, now it is known in a lot of countries as we SAKATA brand is registered in 12 countries like USA, UK, France, it can be found hand tools under our brand more and more countries now.