What are the precautions for using pliers?

①Use the pliers to operate with your right hand. With the jaws facing inward, it is easy to control the cutting position. Use your little finger to stretch the middle of the two pliers handles to resist the pliers handles, and open the pliers heads so that the pliers handles can be separated flexibly.
②The knife edge of the pliers can be used to cut the rubber or plastic insulation layer of flexible wires.
③The blade of the pliers can also be used to cut wires and iron wires. When cutting No. 8 galvanized iron wire, use a knife to cut back and forth around the surface a few times, and then only need to pull it lightly to break the wire.
④The guillotine can also be used to cut hard metal wires such as electric wires and steel wires.
⑤The insulated plastic tube of the pliers can withstand a voltage of more than 500V, and it can cut wires with electricity. Don't throw it around during use, so as not to damage the insulating plastic pipe.
⑥Do not use pliers as a hammer.
⑦Do not use pliers to cut double-stranded live wires, as they will short-circuit.
⑧When using pliers to wind the hoop to fix the cable, clamp the wire between the teeth of the pliers and wind it in a clockwise direction.
⑨It is mainly used to cut single-strand and multi-strand wires with thinner wire diameter, bend single-strand wire joints, and strip plastic insulation. 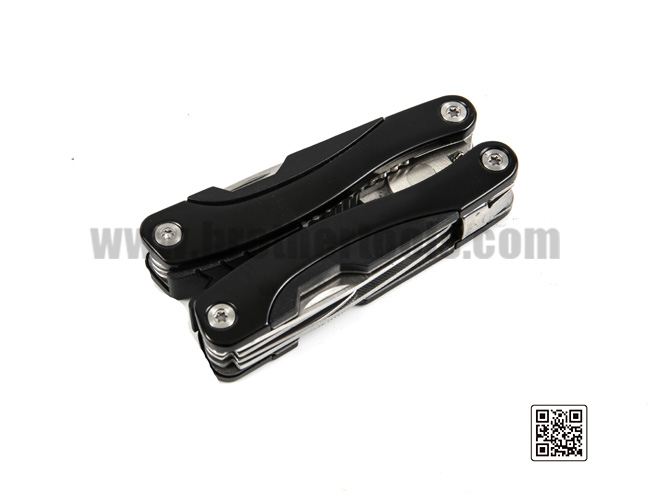 Zhejiang Xinchang Brother Tools Co.,Ltd, which is found in 1980, covers 1200 square meters. It is from Xinchang city,the neighbor with Ningbo port. As a well-known China Pliers Tools Manufacturers and custom Pliers Tools factory, from the begin ,we just produced steel files, but in the past 30 years, we have developed a lot of other hand tools, including Wood chisel, Screwdrivers, Tool kits, Hex keys, Suction cups, Hand saws are all covered.All of the wholesale Pliers Tools are exported to over sea, like Germany, USA, France......and etc. From 2002, we registered our own brand SAKATA, now it is known in a lot of countries as we SAKATA brand is registered in 12 countries like USA, UK, France, it can be found hand tools under our brand more and more countries now.