What are the types of screwdrivers？

In terms of its structure and shape, there are usually the following:
1. Straight. This is the most common one. The head model has a character, cross, pozi, T-shape (plum blossom type), H-shape (hexagonal), etc.
2. L-shaped. It is more common in the hexagonal screwdriver, and uses its longer rod to increase the torque, which saves effort.
3. T-shaped. There are many applications in the auto repair industry. 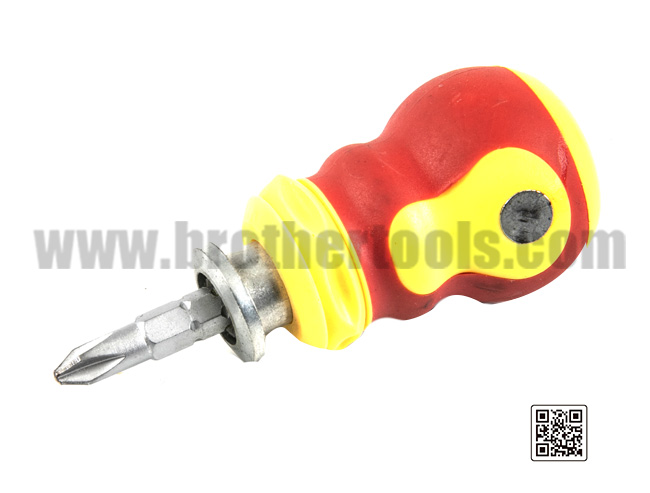 Screwdriver head type classification:
According to different head types, screwdrivers can be divided into one-character, cross, Pozi, star (computer), square head, hexagonal head, Y-shaped head, etc. Among them, the word and cross are the most commonly used in our lives, like Installation and maintenance are all required. It can be said that as long as there are screws, a screwdriver is needed.
Hexagon heads are not used much. Hexagonal wrenches are commonly used. For example, many screws on some machines have hexagonal holes, which is convenient for multi-angle force. There are not many large star-shaped ones. Small star-shaped ones are often used for dismantling and repairing mobile phones, hard drives, notebooks, etc. We call small screwdrivers a clock and watch screwdriver, and commonly used star-shaped T6, T8, cross PH0, PH00, etc.

Zhejiang Xinchang Brother Tools Co.,Ltd, which is found in 1980, covers 1200 square meters. It is from Xinchang city,the neighbor with Ningbo port. As a well-known China Ratchet Screwdriver Sets Manufacturers and custom Precision Screwdriver Sets factory, from the begin ,we just produced steel files, but in the past 30 years, we have developed a lot of other hand tools, including Wood chisel, Screwdrivers, Tool kits, Hex keys, Suction cups, Hand saws are all covered.All of the wholesale Ratchet Screwdriver Sets are exported to over sea, like Germany, USA, France......and etc. From 2002, we registered our own brand SAKATA, now it is known in a lot of countries as we SAKATA brand is registered in 12 countries like USA, UK, France, it can be found hand tools under our brand more and more countries now.